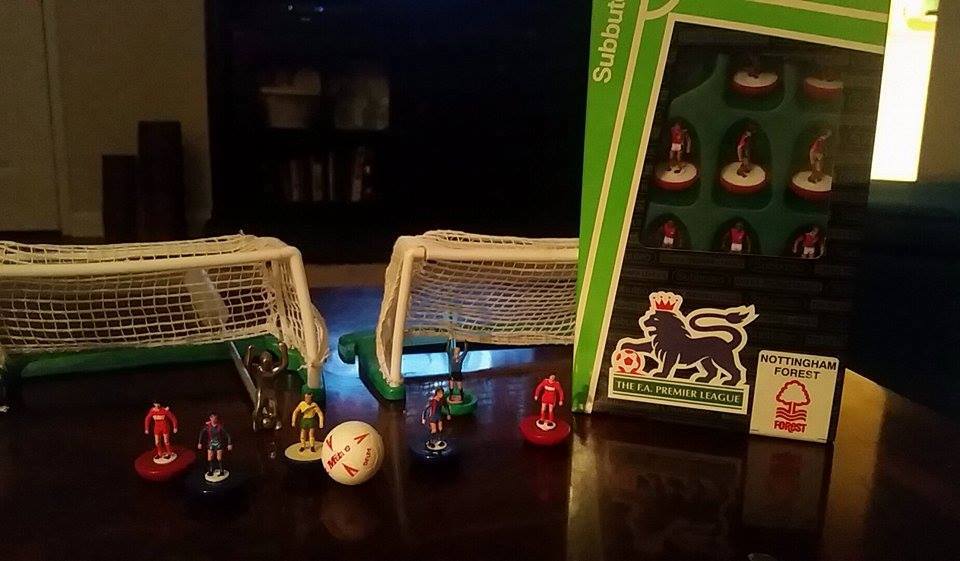 One of our events at ATLSoccerCon will be a Subbuteo demo and instruction. Subbuteo is a fun table game that was huge in the part of the world that wasn’t the United States. We enjoy the game, even if we aren’t experts. So, we asked someone who has been playing since they were a kid to enlighten us (and you) about the game.

An Intro to Subbuteo

The game of Subbuteo is basically miniature soccer played with players on a felt table top surface.   The players have a round base and the objective is to flick the player(s) to make contact with the ball.   Along with game-play there is a big following of collectors who attempt to gather teams from as many leagues as possible as well as people who buy unpainted Subbuteo teams and paint them as their local favorites.  There are pieces you can buy from Subbuteo which include: fans, throw in men, corner kick men, cameramen, camera towers, medical crews and my personal favorite is the over-sized metal goalie.

I was introduced to Subbuteo by my dad who was an avid player and collector.   Growing up other kids may have built train sets with their dads, my father and I built a train track around a stadium of Subbuteo and it was awesome!

My Astro-Pitch is old and worn.  My dad gave it to me, mostly because as a 5 year old I wrote my name with a marker on it but at this point I wouldn’t trade it for a brand new one.  Over time my dad decided to downsize his collection and only keep the pieces that were special to us.  The stadium and a lot of the extra accessories were sold as Hasbro decided to discontinue a lot of the add-ons and collectors were willing to pay way more than the pieces were actually worth.  A nice hand-painted vintage team can bring in a lot of money–for example there is a 1970’s NASL Chicago Sting on Ebay right now and the seller is asking $150.   The average team will usually cost you $15 to $25.   The rights to the games have transferred many times with Hasbro being the most well known maker of the game but at this time everything will have to be bought off re-sell websites as manufacturing has ceased.

Here were the Holloway House Rules

I am excited to share Subbuteo with those of you who haven’t ever played and also excited to meet other Subbuteo-ers.

If you have a Subbuteo collection, we would love for you to to bring it to show it off! If you have spares, feel free to trade or sell. 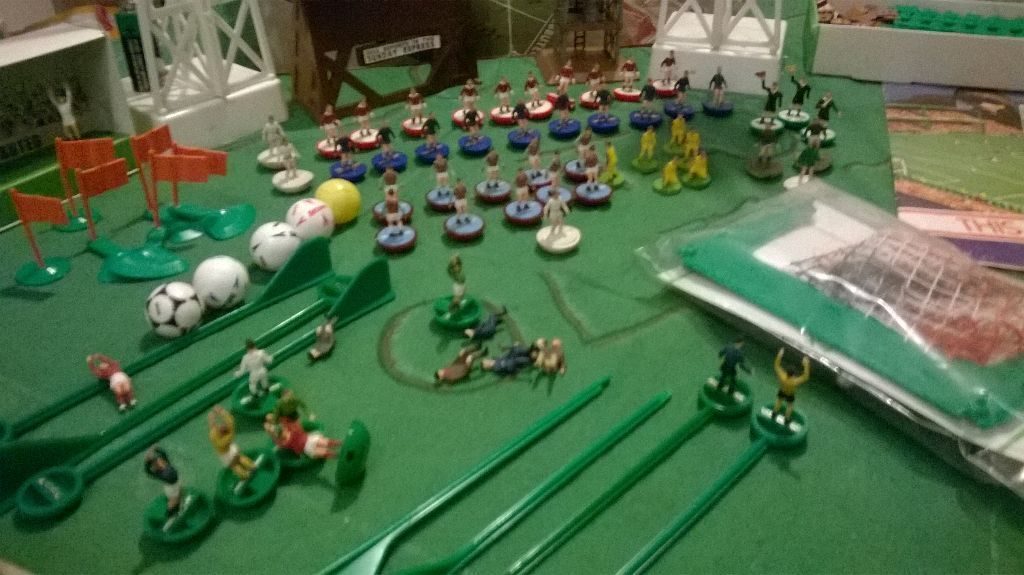